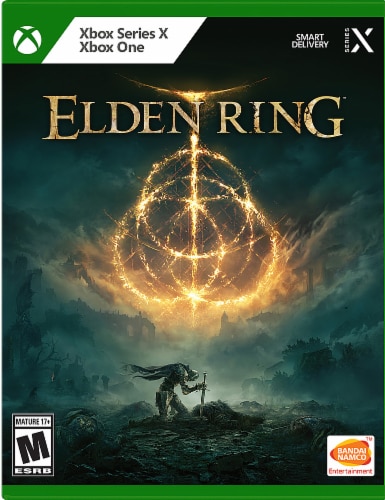 Danger lurks in every corner in this action RPG video game. Explore an open world rich with magic, ruins, and combat. Encounter the game’s secrets as you discover the mysteries of ELDEN RING. The Golden Order has been broken. Rise, Tarnished, and be guided by grace to brandish the power of the Elden Ring and become an Elden Lord in the Lands Between. ELDEN RING, developed by FromSoftware Inc. and produced by BANDAI NAMCO Entertainment Inc., is a fantasy action-RPG and FromSoftware’s largest game to date, set within a world full of mystery and peril.