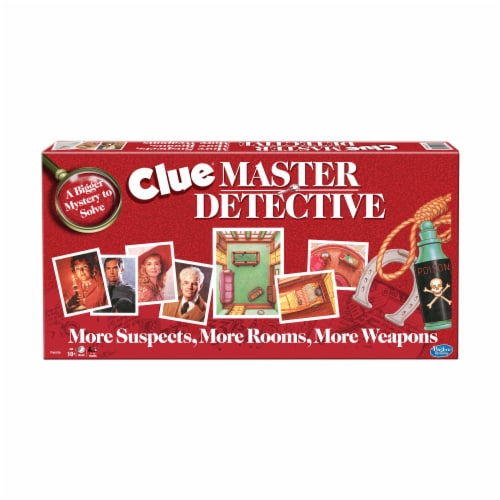 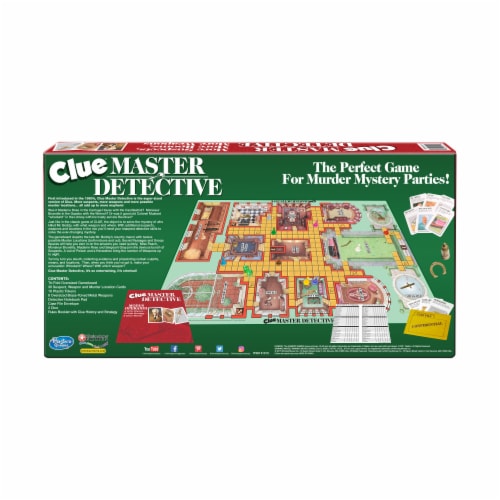 First introduced in the 1980's, Clue Master Detective is the super-sized version of Clue. More suspects, more weapons, and more possible murder locations... all add up to more mayhem! Was it Madame Rose in the Carriage House with the Candlestick? Monsieur Brunette in the Gazebo with the Wrench? Or was it good old Colonel Mustard whodunit in the Library with his trusty service Revolver? Just like in the classic game of Clue, the object is to solve the mystery of who killed Mr. Boddy, with what weapon, and where. With additional suspects, weapons, and locations in the mix you'll need your sharpest detective skills to solve the ever-changing mystery. The gameboard depicts the late Mr. Boddy's country manor with twelve possible Murder Locations (both indoors and out). Secret Passages and Snoop Spaces will help you zero in on the answers you need quickly. Miss Peach, Monsieur Brunette, Madame Rose, and Sergeant Gray join the devious bunch of Suspects. A vial of Poison and a Horseshoe bring the number of Weapons up to eight. Turn by turn you sleuth, collecting evidence and pinpointing certain culprits, means, and locations. Then, when you think you've got it, make your accusation: Whodunit? Where? With which weapon?