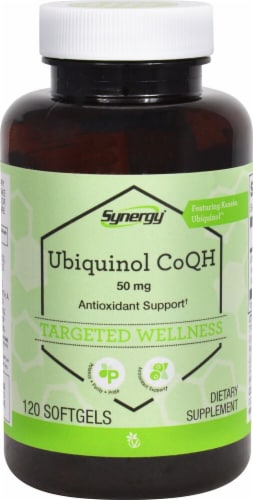 What are the key benefits of Synergy Ubiquinol CoQH Featuring Kaneka QH™?