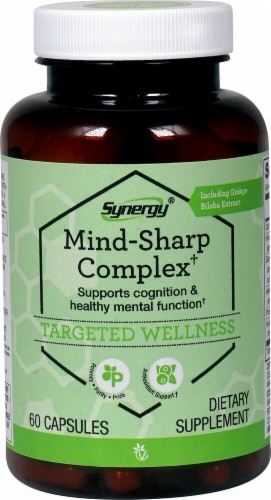 Dopa bean extract: Known as ‘‘the cowhage’’ or ‘‘velvet’’ bean and ‘‘atmagupta’’ (in India), dopa bean is a climbing legume native to India and the Central and South American tropics. In Ayurvedic medicine it’s used to support nervous system health.* 20 mg, standardized to 20% catecholamines, 4 mg and 10% L-dopa, 2 mg.

Phosphatidylserine: A phospholipid (type of fat) found in cell membranes throughout body, with highest concentrations in the brain. 10 mg.

Huperzine A: A novel alkaloid isolated from the Chinese herb Huperzia serrata. May support healthy levels of the important brain neurotransmitter, acetylcholine.* 10 mcg.