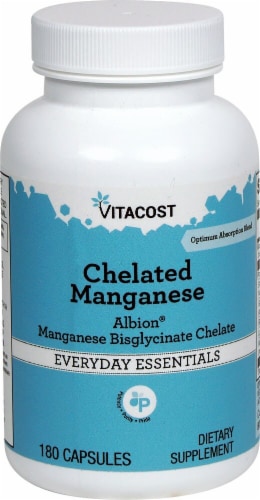 Chelated minerals are minerals that have been chemically bound to another molecule (typically an amino acid) to form a complex. Chelation naturally occurs during digestion, after stomach acid and enzymes break down protein into amino acids. Amino acids bind to minerals, assisting their transport through the intestinal walls.

What are the key benefits of Vitacost® Chelated Manganese - Albion® Manganese Glycinate Chelate?