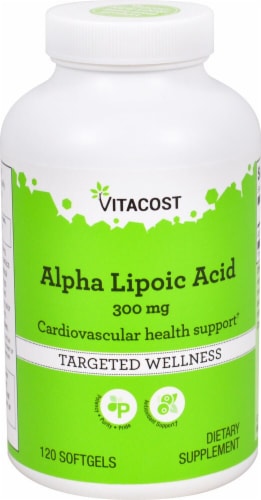 What is Alpha Lipoic Acid?

Alpha lipoic acid (ALA) is a coenzyme found in the mitochondria of cells. Its primary function is to serve as a cofactor in the body’s energy production process. It’s also a well-known antioxidant, sometimes called “the universal antioxidant” because of its effectiveness in both water-based substances (such as blood) and fatty tissues and membranes.*

ALA is produced naturally by the body in small amounts, and it’s found in some foods, such as liver, spinach, broccoli and potatoes. It’s difficult, however, to obtain sufficient quantities from diet.

What are the key benefits of Vitacost Alpha Lipoic Acid?