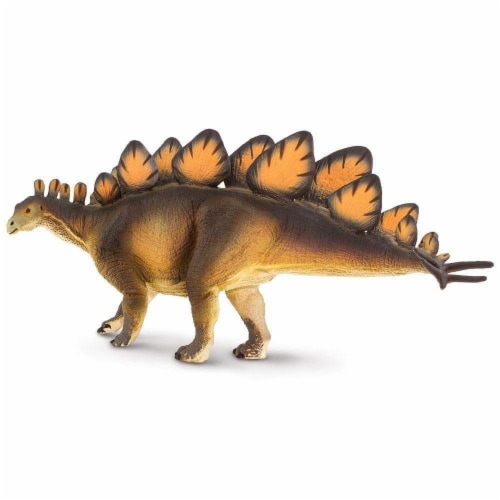 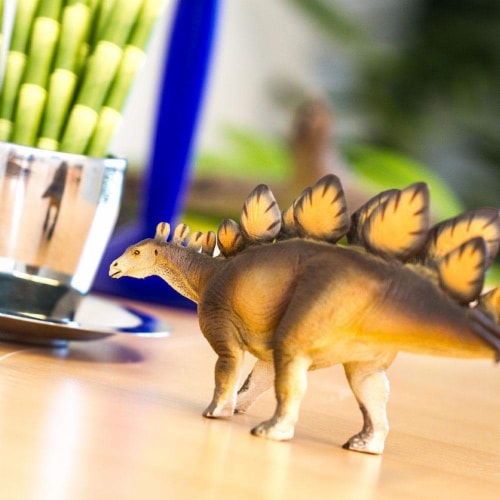 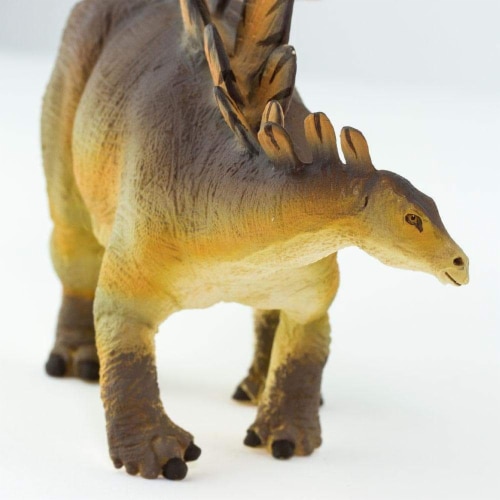 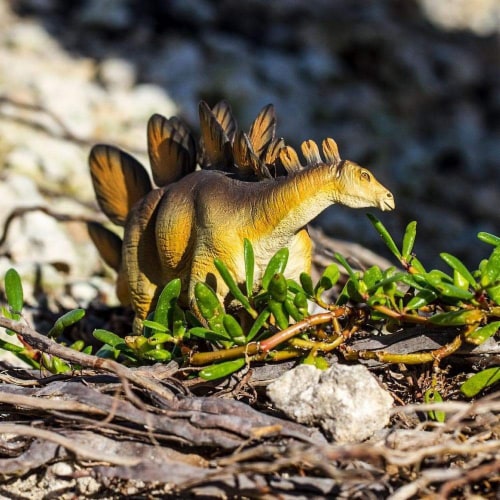 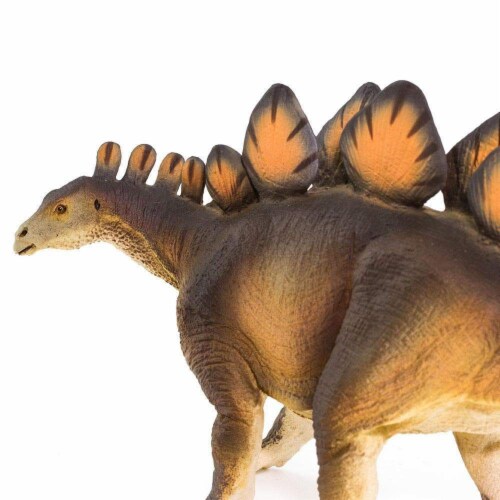 One of the most popular dinosaurs of all time, the Stegosaurus is quite distinctive with its row of large bony plates along its back, and the four fearsome spikes on its tail. These spikes are believed to have been used to protect Stegosaurus from attacking Jurassic predators such as Allosaurus. History: Stegosaurus was discovered and described in 1877 by Othniel Charles Marsh. Originally, its plates were thought to lay flat on the dinosaurâ€™s back, like a turtleâ€™s shell. Later, more complete findings showed that they stood up vertically on Stegosaurusâ€™s back, though their exact arrangement is still something of a mystery. Though sometimes shown in a symmetrical double row, the most widely accepted current theory is that the plates were staggered in two alternating rows. Scientific Name: Stegosaurus (Roofed Lizard) Characteristics: This Stegosaurus toy is glancing to its left with its tail tilted in the same direction, perhaps warning a predator not to get too close. It includes the dinosaurâ€™s distinctive dorsal plates, tail spikes, and small armor-like throat scales. Size: This professionally painted Stegosaurus toy measures 8 Â½ inches long and just over 4 inches to the top its tallest plate. Itâ€™s about as wide as a sheet of loose leaf paper and as tall as a ceramic mug. The Stegosaurus is part of the Wild SafariÂ® Prehistoric World collection All of our products are Non-toxic and BPA free