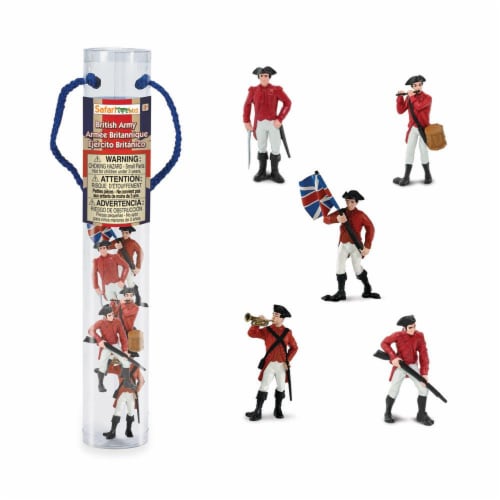 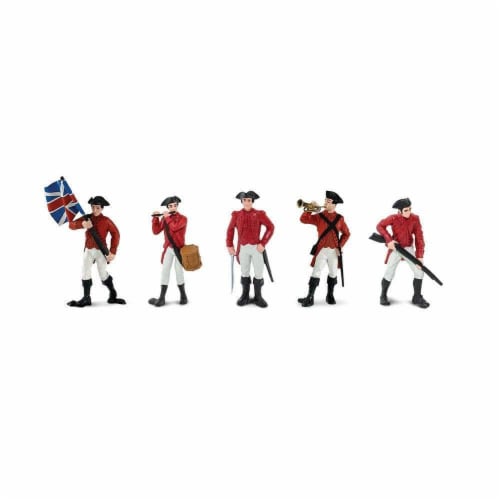 Enlist in the royal British Army and learn about the Revolutionary War with these historical figurines. Including a British flag-bearer, bugler, fifer, General Cornwallis and two musketeers, these miniatures are ready to wage war for control of the American territories. Characteristics: Artfully crafted by professionals and hand painted for true-to-life realism, these figurines are fantastic for creative play, as additions to a diorama or collection, or as tools in an educational environment. Donâ€™t forget, you canâ€™t have an epic reenactment without the opposing Continental army! Size and Color: This designer Toob contains 5 figurines that range from 1.25 to 3.75 inches tall, while the Toob itself measures 1.75 inches long, 1.75 inches wide, and 10.5 inches tall, a little smaller than the size of a standard American ruler. Also known as the Redcoats, these British soldiers are clad in their iconic crimson red uniforms. The Revolutionary War British Army Designer TOOBÂ® is part of the TOOBSÂ® collection All of our products are Non-toxic and BPA free 5 pieces per TOOBÂ®. Contents Cannot Be Purchased Individually.