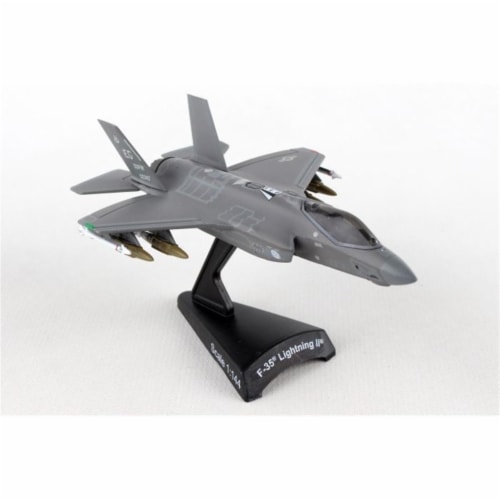 F-35 Lightning II USAF AF08-0747 First In Service (1:144) Model is approximately 4 1/8 inches long with 2 7/8 inch wingspan. The F-35 variant A is a conventional take-off and landing (CTOL) variant of Lockheed Martin's Joint Strike Fighter program. The F-35 is a stealth multi-role fighter aircraft used by the US Air Force and allied forces. It is the smallest, lightest version and is designed to replace both the F-16 Fighting Falcon and A-10 Thunderbolt IITM in the USAF fleet. The F-35 is a fifth-generation fighter, combining advanced stealth capabilities with fighter aircraft speed and agility. The F-35 is armed with a variety of weapons and can carry an impressive 18,000 pound payload on six external pylons and two internal bays.