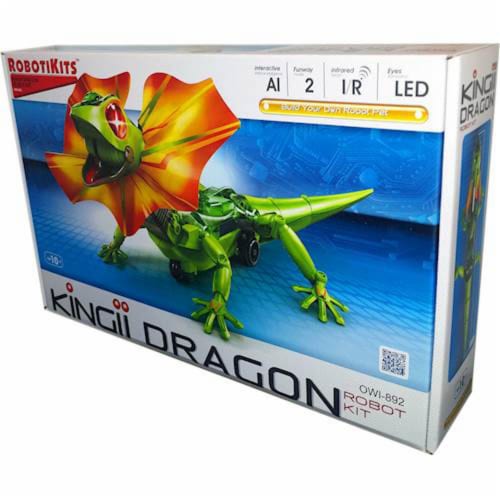 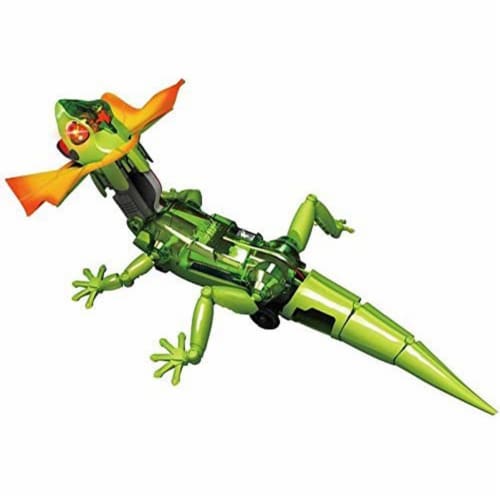 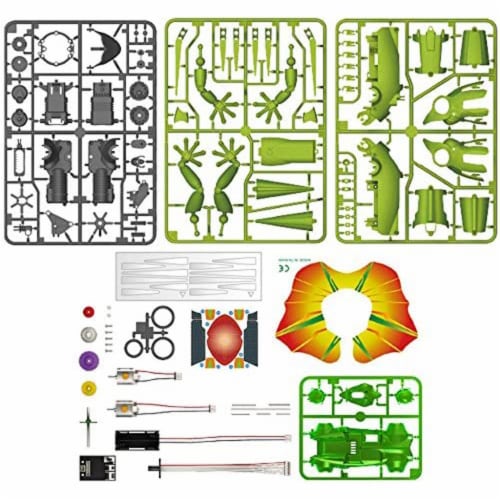 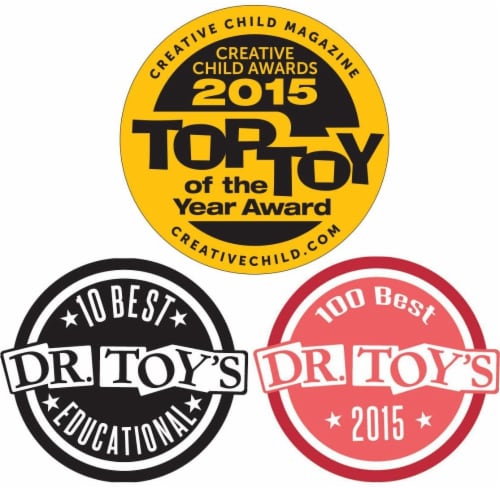 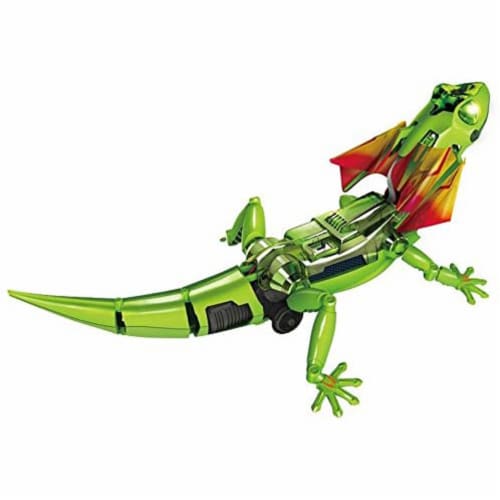 A robotic copy of chlamydosaurus King II or frilled lizard from Australia. When this robot feels threatened, it gapes its mouth, flashes its eyes, and dramatically spreads and flaps its frill (pleated membrane that encircles its head) in a threatening manner. If you are not intimidated by these shenanigans, it turns around and front and back legs move erratically as if it is scampering away from danger. King II Dragon Robot by OWI has an infrared sensor that has two pre-programmed modes: "escape" or "follow-me". If the infrared sensor is activated in the "escape" mode the robot will automatically act "shocked!", spreading its frill, dropping its jaw, illuminate its bicolor LED eyes and scurry away until it escapes to a safe distance. If the infrared sensor is switched to the "follow-me" mode using the 2 way function switch, then the robot will assess danger by bluffing the attacker (unfurling and shaking its frill). When the robot does not sense danger it might approach you like a pet lizard. Thank goodness, that unlike the wacky frilled lizard that roams in Australia's tropical woodland, OWI's King II Dragon Robot is whimsically kooky and fun to build. Native to Australia, chlamydosaurus King II or frilled lizard is one of the wackiest lizards to roam planet Earth. So in order to keep young lizard enthusiasts out of harm's way, OWI has created a freakish robot lizard that is fun to play with. The King II Dragon Robot is a smart super lizard with artificial intelligence (AI).