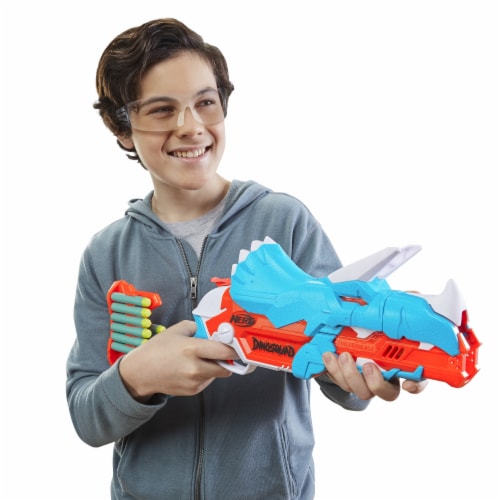 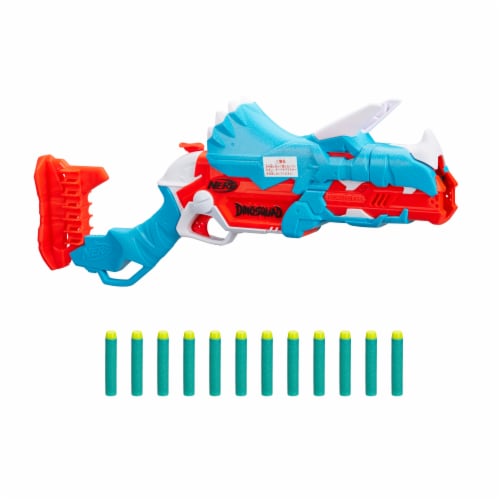 Team up with legendary dinosaurs as a member of the elite DinoSquad! Harness the extraordinary force of the greatest dinosaurs of all and blast into amazing adventures! Charge into triple-dart action with the Nerf DinoSquad Tricera-blast blaster! It features an awesome dinosaur design, capturing the look of a Triceratops dinosaur. The blaster has break-open loading and a fun way to open it -- push the front horn on the dino's head and the barrel swings down to reveal the dart chamber inside. Load 3 darts and swing the barrel closed. Pull down the hammer to prime the blaster, then press the trigger to send 1 dart flying toward your target. There's onboard 12-dart storage on the stock so you can have backup darts within reach to reload and keep on playing. Includes 12 Official Nerf Elite foam darts that are tested and approved for performance and quality. Eyewear recommended (not included). No batteries required.