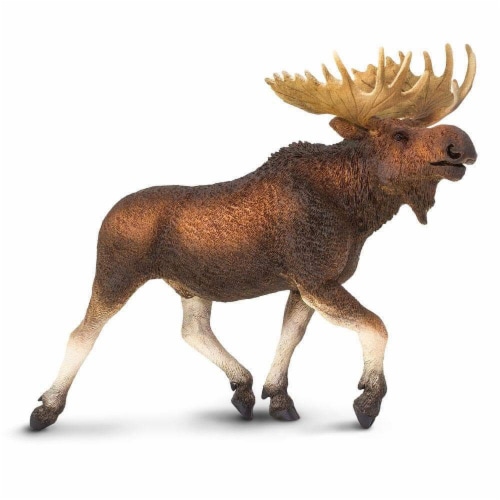 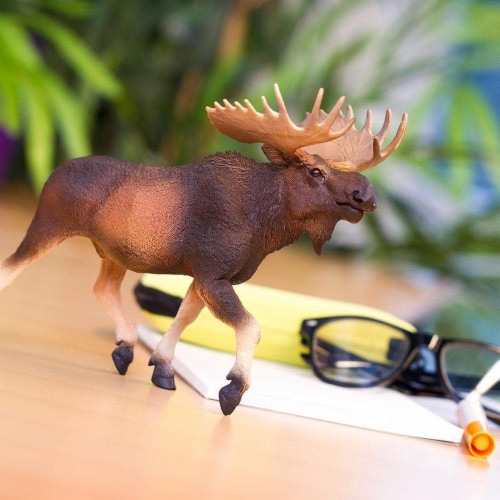 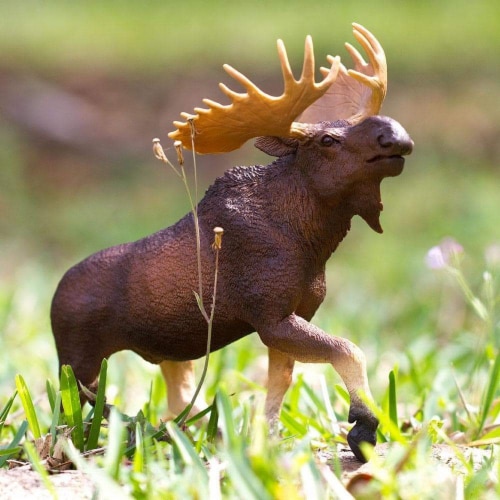 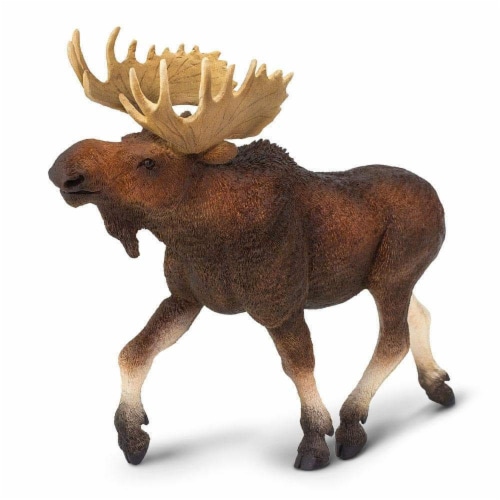 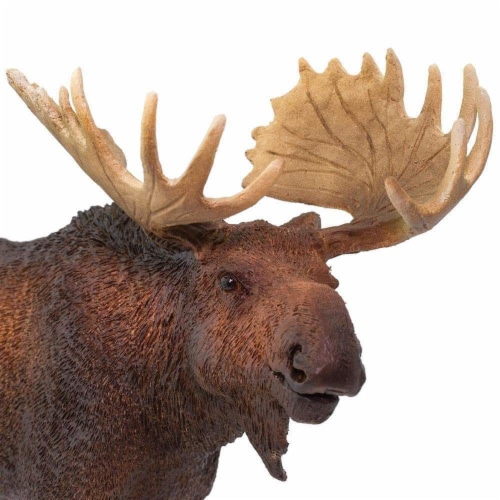 Growing over 7 feet tall, moose are the largest species in the deer family and are easily identifiable by their immense size and fan-shaped antlers. Native to multiple continents, moose nearly account for the most injuries caused by animals worldwide, second only to hippos. History: Moose are a popularly hunted game species in almost all of the regions they are found. In fact, the population of moose in Alaska has been artificially boosted for hunting reasons, with moose not native to the region being introduced. While moose are not endangered and their global population is increasing, researchers believe introducing too many moose to the Alaskan region will damage both the habitat and its existing moose population. Scientific Name: Alces alces Characteristics: Complete with its massive antlers, thick coat, and humped back, this true-to-life bull moose toy figurine captures all of the identifying characteristics and majesty of this enormous animal. Whether it's in the dark forests of Russia or in the snowy fields of Canada, this huge creature is sure to stand out amongst the foliage and fauna. Size: 8.9 inches long, 3.2 inches wide and 6.75 inches tall, our moose toy statue is an inch wider than a piece of legal-sized paper, as wide as the height of a deck of cards, and nearly as tall as a 16 oz. bottle of water. The Moose is part of the Wild Wildlife collection. All of our products are Non-toxic and BPA free.