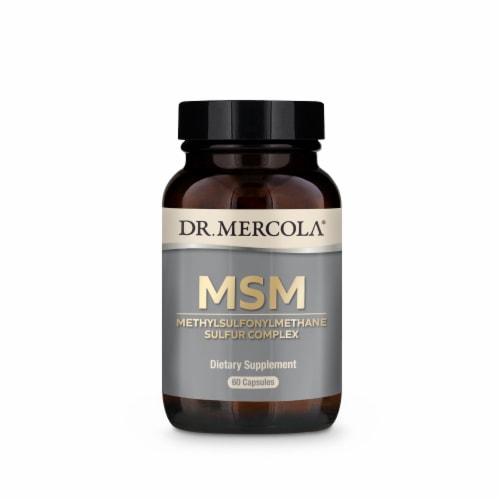 Sulfur is one of the most abundant minerals in your body, yet it’s often overlooked. Your body requires sulfur bonds to maintain the shape and proper function of its proteins. These bonds are vital for your hair, skin and nails, but even more importantly, for flexible connective tissue and cartilage surrounding your joints. Sulfur also plays key roles in your body’s detoxification processes and energy production and enhances your glutathione production. As important as sulfur is for health, many people don’t get enough. MSM is an organic form of sulfur and a potent antioxidant that contains 34% sulfur.