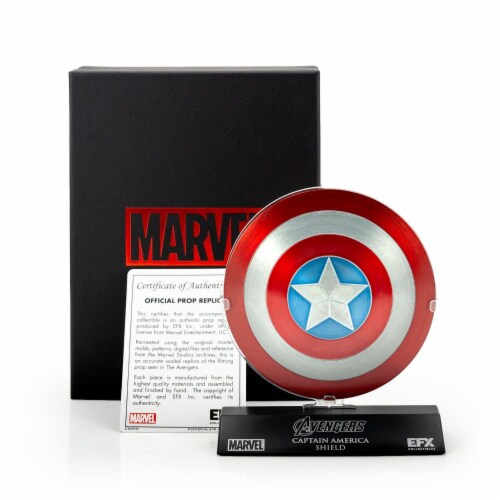 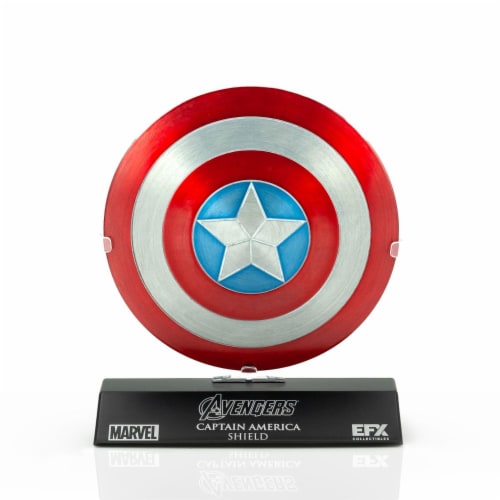 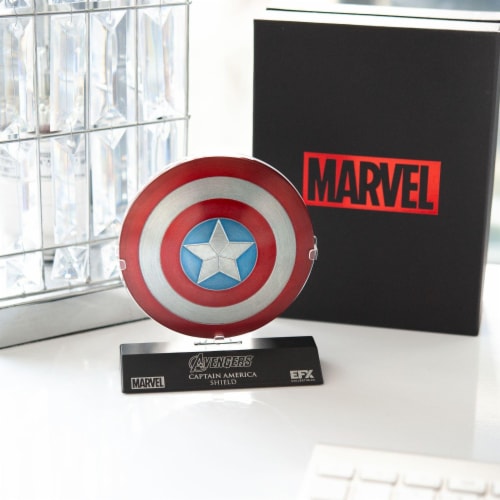 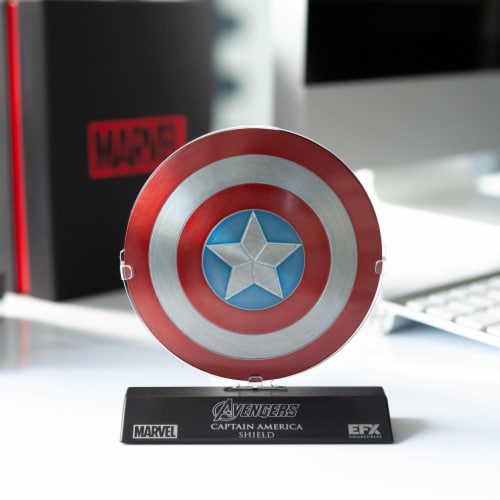 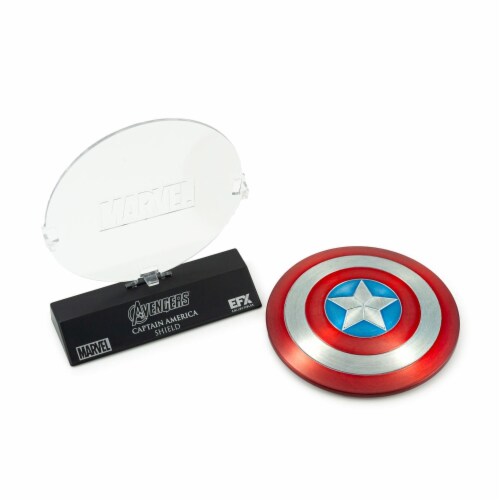 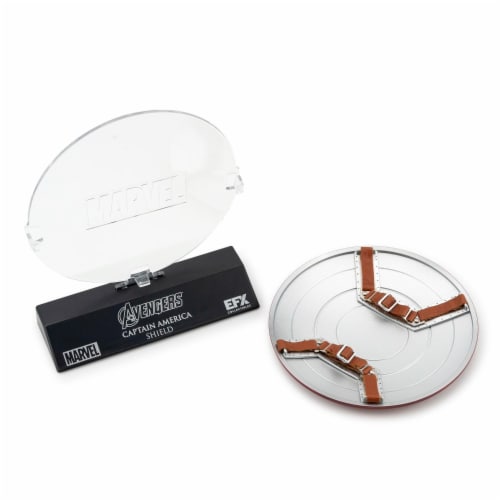 Physical augmentation from the Super-Soldier serum allowed Steve Rogers to be preserved in Arctic ice for decades. Revived and reintroduced into 21st century society, the legendary Captain America longs for simpler times and the meaning he once found in fighting for a cause. Outfitted with a sleek new uniform by S.H.I.E.L.D. and wielding his trusty Vibranium shield once more, Captain America’s no-nonsense attitude and old-fashioned optimism makes him an ideal candidate to lead Nick Fury’s ultimate crisis response team – The Avengers!Utilizing the same master patterns cast from the original molds used to make the screen used prop, EFX’s engineers scaled it down to 1/6th scale to produce a faithful scaled recreation of the iconic Shield that Steve Rogers uses in The Avengers.