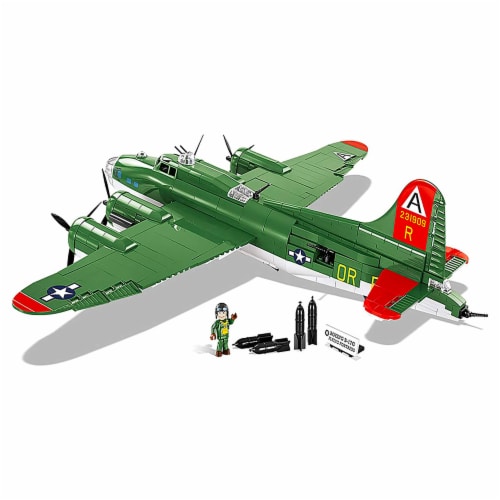 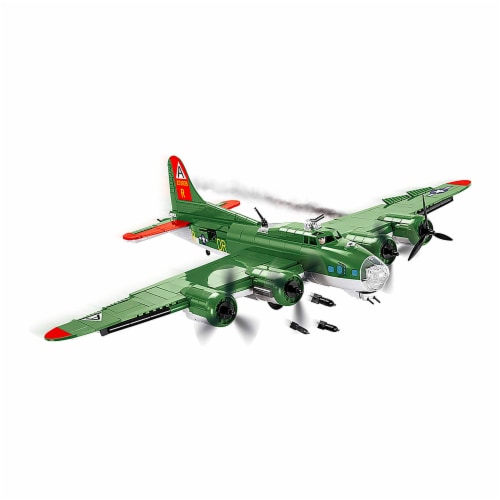 Start your child's journey of learning and loving history off right with the COBI Historical Collection USS Wahoo with 2 Boeing B-17 Plane Building Block Kits Bundle. This kids' building block toy recreates the USS Wahoo SS-238 submarine, a famously aggressive United States Navy sub. During its short service beginning in 1942, the Wahoo was involved in a number of battles before finally being sunk by Japanese aircraft in 1943. Long thought lost to the sea, the Wahoo's final resting place was discovered in 2006. The Boeing B-17 Flying Fortress is an American long-range heavy-bomber aircraft created by the American airline company Boeing Airplane Company, which served as the Allies during World War II. The COBI educational construction block model is designed at a scale of 1:144, faithfully capturing the smallest details of its historical inspiration with moving rudders and propellers. A special display stand with a plate on which the submarine's name is printed is included. The COBI Historical Collection USS Wahoo with Boeing B-17 Plane Building Block Kit Bundle perfectly fits the bill as an excellent gift for all lovers of history, marine military, and nautical science.