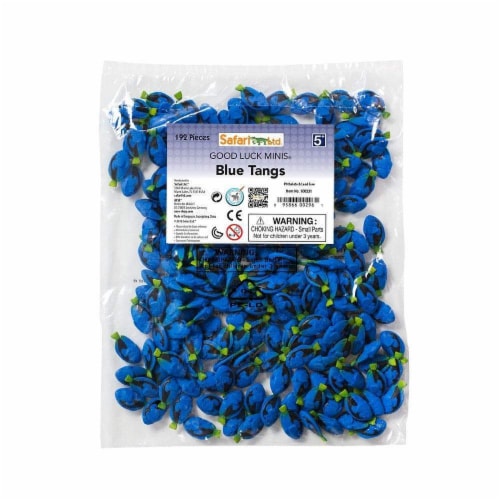 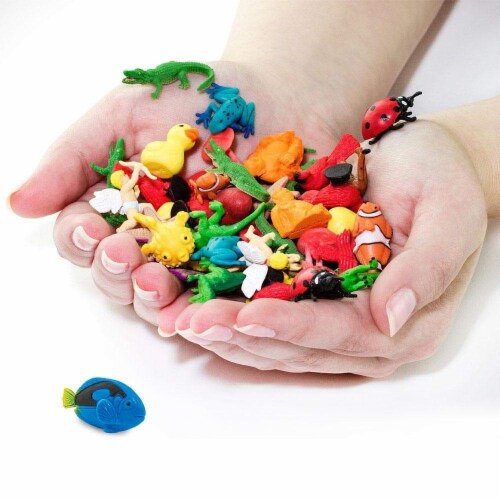 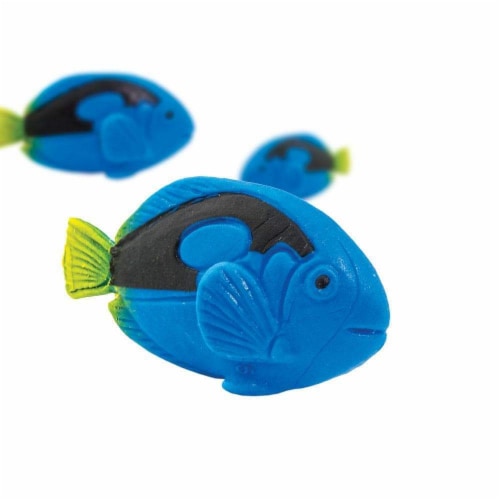 The blue tang is also called the palette surgeonfish, due to the black mark on its side that is shaped like a painterâ€™s palette. The name â€œsurgeonfishâ€� refers to the spines near the fishâ€™s tail, which resemble a surgeonâ€™s scalpel. This makes them dangerous to handle. Despite this, they are very popular aquarium fish, particularly after being popularized in animated movies. History: Many species of surgeonfish in the family Acanthuridae are called â€œblue tangâ€�. The Atlantic blue tang is entirely blue (though it is born yellow), while the powder blue tang is blue with a black facial area and yellow dorsal fin. To avoid confusion, the blue tang of the Indo-Pacific is known by several other names, including regal tang, palette surgeonfish, royal blue tang, and flagtail surgeonfish. Scientific Name:Â Paracanthus hepatus Characteristics:Â These hand-painted blue tang Good Luck MinisÂ® are flattened and oval-shaped, just like the actual fish. Despite the small size, each miniature is highly detailed with true to life elements. Size:Â These blue tang minis are each 1 inch long, about the size of a small paper clip. All of our products are Non-toxic and BPA free 192 Pieces Per Bag. Only Available in Bulk Purchase.