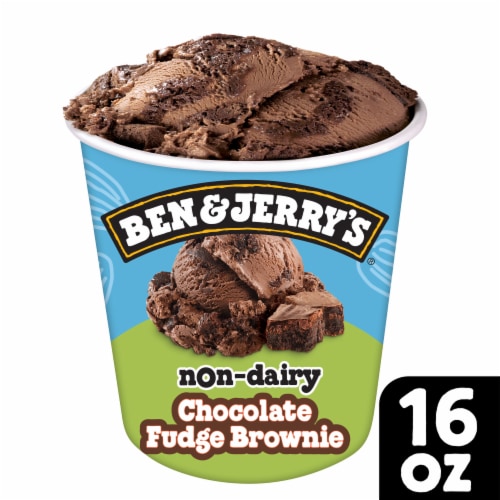 Some might call it impossible, we just call it dessert. It took three years of tasting and tweaking to perfect Ben & Jerry’s Non-Dairy recipe. Ultimately, almond milk is what made the magic happen, creating the smooth and creamy texture you crave. Of course, achieving all the funky chunks and sweet swirls – without dairy, eggs, or honey – was no simple task. Yet the work (and wait) was worth it. In fact, the finished product is so good that, in the case of Chocolate Fudge Brownie, many devout dairy fans are giving praise to the almond milk alternative.

Equally awesome is that the brownies in this Non-Dairy fan favorite come from Greyston Bakery, located in Yonkers, New York. Since 1982, this social enterprise has been battling poverty by offering education and employment to residents who need it most. The good vibes don’t stop there. All of Ben & Jerry’s dairy-free desserts are made with non-GMO-sourced certified vegan ingredients and Fairtrade certified sugar, cocoa, and vanilla. Not to mention that the dessert goes from our Vermont factory to your freezer in responsibly sourced packaging.