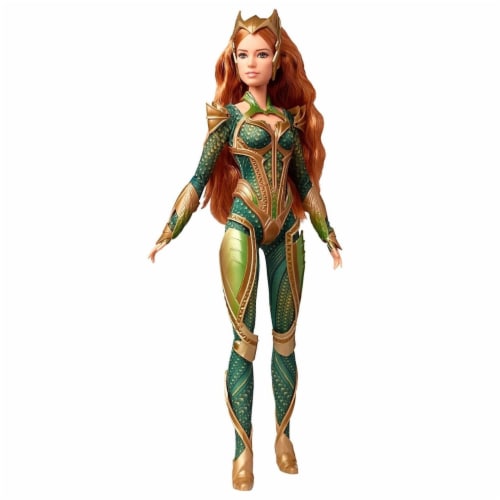 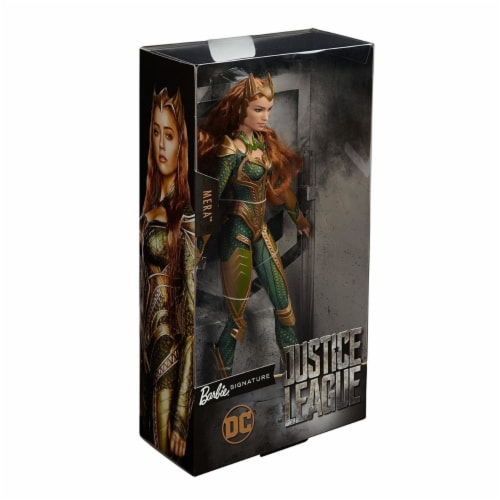 Feature: Facing a great enemy, Wonder Woman and Batman join forces to recruit a group of meta-humans to stand against this newly awakened threatFeature: Having formed an unprecedented league of heroes, they set out to save the planet from an assault of catastrophic proportions in Warner Bros. live-action feature film, Justice LeagueFeature: A Princess of Xebel, one of the Seven Kingdoms of Atlantis, Mera is dedicated to protecting the oceans; she is a great undersea warrior, with a unique hydrokinetic ability to manipulate water with just her thoughtsFeature: This Barbie Mera doll is sculpted and costumed just like the movie characterFeature: This oceanic force has long, wavy red hair and wears a body suit with "scales" and intricately sculpted body armor, boots and crownFeature: Approx. 12" tall.Manufacturer: MattelModel: Barbie Signature Justice League MeraMPN: DYX58UPC: 887961424966EAN: 0887961424966